Beyond All Expectations: Star Trek is back! 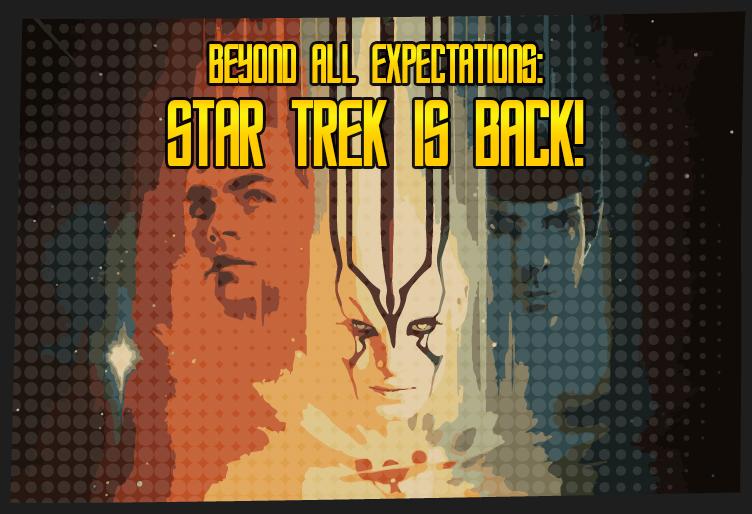 There are 3 types of people: the ones who like «Star Wars», the ones who enjoy «Star Trek» and the ones who are into both these epic movie pieces. Let’s talk about Star Trek, as «The Star Trek: Beyond» hit the cinemas all around the world a few days ago. The fans have been anticipating this day for long three years, since the previous ST film has been released. And now Captain Kirk, Commander Spock and the rest of the crew are back!

If you are really digging ST, prepare to die during the first 30 mins of the movie! They will crash 'Enterprise'. Again. And it is epic!!!

While being in progress of completing its 5 year mission, starship Enterprise has been attacked by the alien warrior race. The starship is destructed and has to land on the distant planet Altamid, where the base of aliens is located. Will the crew make it through this tough time? (Spoiler alert: they sure will! :)) After all these blockbusters that Hollywood fed us with during past months, «Beyond» is like a breath of fresh air. It’s not a remake or «reload», not a super-pathetic self-called «Number_One_film_of_the_year». It’s just a new exciting adventure of space explorers,who fight for the happy future of the Universe.

First of all, it’s worth saying that scattering crew members apart was a great idea. Though Captain Kirk is still the main figure, each member of the crew gets the possibility to «shine» and show themselves, acting as individuals, not as parts of one coordinated organism, instead of what they usually are when being on board of Enterprise.

Commander Spock, the most famous Vulcan of all times, experiences 'earthy' troubles understanding how relationships should work. And we also find out, that Spock is magnificent in making presents. (Ok, no more spoilers, I promise!))

The main antagonist in "Star Trek: Beyond" is Krall, or Captain Balthazar Edison (Balthazar… wait, where could I have heard this name? I'd say at least 3 other TV series). During the film he evolves in our eyes from vicious warlord, who attacks Enterprise, to complex character, who is guided by revenge and hatred for the new peaceful lifestyle of Federation. We could be positive about the fact that there will be a stand-off between Kirk and Krall at the end of the movie. And the good will prevail the evil (oops, there goes another spoiler!))

As usually, there there's someone who helps the crew to defeat evil. And here comes Jaylah, the scavenger, who is not native to Krall's planet. She lives in the wrecked starship, knows how to make traps and she sure knows how to fight! Jaylah somehow reminds me of Rey from Star Wars: The Force Awakens. These two share much in common, beside the obvious fact that they both are strong female characters.

At the beginning of the film both Kirk and Spock feel uncertain about staying a part of the Enterprise crew. But (lucky us!) overcoming difficulties force them to rethink their resignation. So, we may be pretty sure that sooner or later we are going to witness the "Enterprise" crew's new exciting adventures at the final frontier.