Umbrellas are folding canopies that are usually mounted on a pole for support and which have the function of protecting people from rain or from sunlight. Umbrellas meat for protecting from rain are made using waterproof materials so that when rain drops hit the umbrella they do not pass through the material and reach the user of the umbrella. Umbrellas are as well structured as canopies so that when rain water drops on them it slides down and flow from its sides. Umbrellas are usually made to be handheld and are made of an appropriate size so that a user can be comfortable.

Umbrellas, however, have a number of occasions when they malfunction resulting to the owner having no protection from the rain. Umbrellas are made of literally small sizes and sometimes when rain falls on the umbrella and flows to the ground, the user of the umbrella ends up experiencing water splashes when it hits the ground. This makes the umbrella-less reliable in fully protecting a person from rain water as they end up getting wet at the lower parts of the body and clothes as well. Additional to the failure to direct water to a further place, the umbrella contains a small circumference which prevents it from protecting a person’s whole from rainfall. As a result, therefore, people are rained on at the parts of the body that the umbrella does not cover.

In addition to the above shortcomings, some umbrellas are made from materials that when hit by raindrops, they let some of the water drips through them which end up falling on the umbrella user. Having this kind of a shortcoming makes an umbrella-less reliable in its main purpose which is protecting people from the rain. Some umbrellas in events of windy rains happen to be blown off from a person’s hand leaving them all unprotected from the rain. In other situations when a person is keen enough to hold their umbrellas tight, they are blown upside leaving them of least use in rainfall protection. Umbrellas poles at times tend to break off when they happen to be blown off by rainstorms or from other natural causes and accidents.

In cases of heavy rains, these umbrella shortcomings become intense and it is, therefore, clear that people face a great challenge in finding a way to protect them fully from rainfall. In order to make umbrellas more reliable as well as effective, umbrella designers should take into considerations a number of aspects that should be adjusted to make their products more effective. Designers should also bear in mind the protection from heavy rains when making umbrellas. It is therefore upon the umbrella manufacturers to consider the shortcomings that are associated with their products and invent a way of making them more functional.

To increase the functionality of umbrellas in protecting people from rainfall, umbrellas should be made from more strong waterproofing materials. Some of these materials may include the use of strong polyethylene materials or plastics to make the umbrella bodies. Using polyethylene materials ensures that the umbrella does not, in any case, allow rainwater to pass through them, as well as the plastic materials. To prevent umbrellas from being blown upside down by rainstorms, they should be made using strong joining materials and frame. Most frames, joining and adjusting materials are made from aluminum, and they are often very weak which makes it easy for rain storms to blow them up. Steel should instead be used instead of aluminum to ensure that the resistance and durability of an umbrella are increased.

To prevent umbrellas from splashing water on the users, they should be made to take a larger circumference and be formed with a ridge that lets water flow from only one end of the umbrella. In addition to forming a single flow ridge, the end that holds the ridge should be made a bit longer so that waterfalls at a farther place than if it would have fallen down from the normal circumference of the umbrella. In addition to preventing water from falling near the person, the longer side will help to cover a larger part of the user’s body from the side which the rain is flowing from. Umbrella poles as well should be made stronger to prevent them from breaking off during use. Steel poles would do a better job in preventing umbrella poles from breaking.

Although there has not been a clear statistics to specifically state the number of umbrellas that break, flip or tear in a year, it is revealed they are many enough to make the Eiffel Tower. Having broken umbrellas many enough to make a 986 feet tower means that the rate at which umbrellas break is quite high. In addition, the number of umbrellas that flip upside-down while still in use when exposed to strong wind or rain does not go below an approximated level of 65 umbrellas in a day across the world. Among these umbrellas that break half of them happen to be in their first year of service which makes the rate quite alarming.

In addition, it is revealed that an approximate of 20 out of 38 accident injuries was connected to umbrellas. Although there was affirmed to be no cases of fatality from the umbrella accidents, they were said to highly expose their victims to eye injury among others. Umbrellas that are not well designed to enhance carefulness in most situations lead to an increased number of uses. Umbrellas that are not easy to operate in many cases are the ones that mainly cause the accidents that are related to umbrellas. The graph below shows some of the statics that prove that umbrellas caused injuries are on the increase. 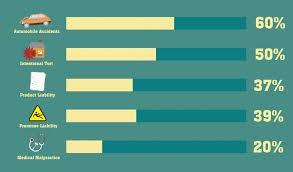 Although there are no great insights into the issue of umbrella malfunction, the umbrella purchases that are made in a year highly imply that there are quite many cases of umbrella damage and malfunction as well. From several umbrella based websites, 90% of the users only talk about how they are disappointed with a given umbrella that is being recommended. In this case, it implies that however the quality that an umbrella is said to possess, it will always have its own types of failures. A number of umbrellas are advertised on company or advertising websites only to be received with lots of criticism by the users. It therefore further implies that the existing designs of umbrellas really need to be renovated to suit people’s demands and needs as well.

Many umbrellas that were found on the umbrella websites were highly criticized by the website users for many reasons. Some people criticized umbrellas for being advertised falsely on the websites as they did not find any truth in the advertisement when they bought the umbrella. In the UK for instance, the wire cutter went on to advertise the best umbrellas while at the same time praising how good their features are. Many umbrellas were advertised using the features that they had perfection for but their shortcomings were left out.

The Lewis N. Clark umbrella was said to be in diverse colors such that the buyer could choose whatever color they wished. The website went ahead to state that the umbrella turned out to be the best after staying intact through 20 times open and close processes in a row. They insisted that the Lewis N. Clark umbrella would offer a variety of features including durability and a low price. It is, however, the shortest umbrella among those that were tested and was also the lightest as well. These two features made it prone to flips by rain storms and unable to protect a larger part of the body from rain.

Another umbrella, the REI was said to be the runners-up. It was described as containing a large and convex handle that was easily graspable by the hand which makes it hard to be blown off from one’s hand. The umbrella survived the torture process and contains a 39-inch canopy. IT was said to be heavier and a bit longer compared to the Lewis N. Clark. Despite this similarity and outdoing the Lewis N. Clark in the handle, size and quality, the umbrella costs twice the Lewis umbrella which makes it more affordable. It is also designed to resist inversion when the wind blows it.

In solving some of the specific umbrellas problems stated above some actions that will be necessary include:

In the ideas proposed to correct the Lewis N. Clark and REI umbrellas, it is clear that they are aimed at improving their overall performance in serving to protect people from therain. Making the Lewis N. Clark umbrellas longer and bigger makes it more reliable to protect the user from being rained on and increases the ability of the umbrella to resist any breakage force. Again making the handle bigger and graspable increases the user’s comfortability when using it, as well as the ability to protect it from being damaged while making it with more resistant to water.

In the case of REI umbrella, making it in a way that it open and closes at a lower speed makes it safer to use. When an umbrella opens at a fast speed, it could easily pierce someone’s eye. Additionally, the price of REI is relatively high compared to the prices of other umbrellas. Being expensive makes it less preferable by many customers. Having a low dollar value in the umbrella market makes an umbrella to become less preferable as it may contain features slightly different from the others but a very high cost.

To improve the functionality of umbrellas, they need to be designed in a way that they perform the purpose of protecting people from rainfall highly effectively. In the event of heavy rains, the function of umbrellas is as well highly challenged as they threaten to pose a greater challenge on the umbrella. When the umbrellas are made of a slightly weak material, they could be forced by heavy rains to let water through them and then their function will not be done. Some important aspects that appeared to be the core determinants of the functionality of an umbrella included the following:

It is clear that umbrellas perform a great role in preventing rain from soaking people all wet. However, umbrellas are faced by a number of challenges that threaten its functionality to protect people from the rain. To eradicate these shortcomings, it is with the requirements of the designers to make sure that they design umbrellas that are highly functional. Prices as well do not seem an issue for determining the preferences that people hold towards a given type of umbrella. It is therefore in the hands of the designers to make sure that umbrellas are of a good and working quality. In addition to the building structure, umbrellas should be fairly priced to avoid creating a moment of non-purchase as people prefer less priced umbrellas.