The Celebration of Presidents’ Day in the USA

Presidents` Day is an American national holiday, which is celebrated on the third Monday of February. This holiday is also known as the birthday of the first US President, George Washington. However, later, this holiday became the celebration honoring all US Presidents. This day was proclaimed a federal holiday in 1879. The first attempt to celebrate this holiday on the third Monday of February took place in 1968, but it failed. However, later, in February 1971 it was accepted. This holiday has different names in different states, but the purpose is the same – to praise the fame of all US Presidents, as people who changed the world`s history. 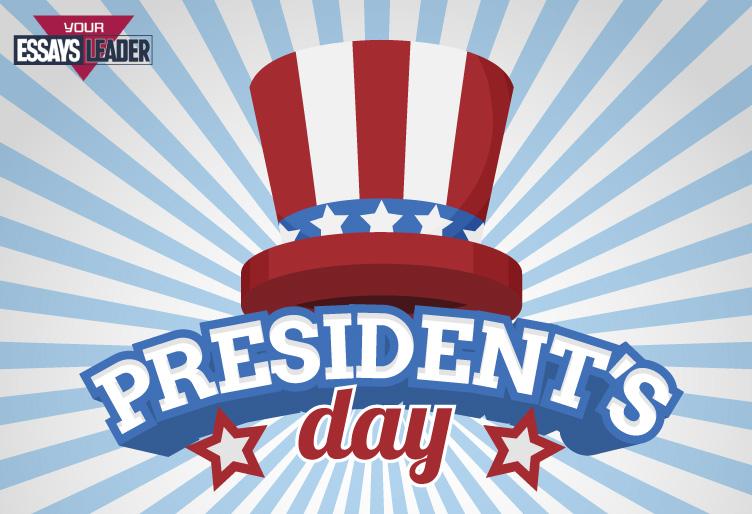 intro
Hey there, my name is Mr. Robin Essay, I'm EssaysLeader partner and assistant! I'll be here in blog in case you need any academic help!
RECENT POSTS
Writing a Personal History Paper: Effect... January 21, 2020
How to Write an Impressive Feminist Essa... December 26, 2019
Take Advantage of the Best Beowulf Essay... December 17, 2019
What Makes a Good Leader Essay: Expert T... November 26, 2019
Detailed Explanation as to How to Write ... November 19, 2019
How to Write an Outstanding Explanatory ... October 22, 2019
How to Create an Ideal Diagnostic Essay? October 15, 2019
Learn how to Write a Recommendation on L... September 24, 2019
Top Notch Service of Thematic Essay Writ... September 17, 2019
How to Write an Enduring Issues Essay August 27, 2019
tags
About Us Prices Discounts FAQ Blog Guarantees Contact Us Sitemap
About Us Prices FAQ Blog Guarantees Contact Us
Sitemap Samples